Five meters through the air, and I can still remember it all as if it were yesterday. A flight that ignited my passion for words. Following the bike accident, I had to stay put for a month, and my parents supplied me with books to keep me occupied. And the more books I read, the more they had to bring me; and by the time I was finally on my feet again, I was hooked.
I was twelve. By fifteen, I was already hard at work on my first novel. 180 pages in, however, my father literally dragged me back to earth–and a good thing, too. I would never have passed to the next grade.
Over the years, that fire continued to flicker. And here, at long last, is the upshot.
***** 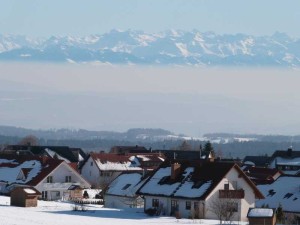 But what has Paradise to go to do with Wiener schnitzel?

The book was written, in part, in the Black Forest, and, in part, in the Big Apple—the big, gold, capitalistic apple—worlds that couldn’t be more dissimilar.
On one hand, Strittberg. With its panoramic views of the Swiss Alps across the river Rhine, its invigorating mountain air, its clutch of farmhouses, and its rustic country pub—a tiny hamlet some called home and others sought for holiday—a peaceful refuge and, for me, a solitary one. I went there to write. That, at least, was the plan. That my monkish life soon turned less than lonely, I owe to Olga.
I’ve no idea if Olga was actually her name. No matter. For me, she was Olga from the instant we first met. The name simply came to me, and it stuck. My Olga, by the way, was a cow.
At 10:00 o’clock each day, I’d interrupt my writing to clear my brain and stretch my legs. My stroll would take me past a field of cattle. One of the herd would give me more than a cursory glance before returning to grazing, and that was Olga. The single thing that stood between us was an electric fence. One day, I simply introduced myself and inquired after the quality of the grass; told her what I’d had for breakfast, and how my book progressed. And she…listened.
Our second encounter was much the same. I’d stopped, and one of the cows separated herself from the others and approached. And before long, I’d reach the bend in the road to find her awaiting me by the fence. Did she possess an inner clock? OK, I was out every day at the same time–but how did she know when it was 10 o’clock? And how long before I came this way again?
Olga! She had the most alluring eyes I’d ever come across: soft and round and deep, with a tacit understanding of life. No matter how exasperated I felt on any particular day, I’d dive straight into those eyes, and all was right with the world. Like a powerful stream, that swept us away to the exhilarating shores of the unknown. And as long as I had Olga, there was nothing to fear.
Once, I’d thought all cows the same. But now, I knew how much I’d miss her when I had to return to civilization for a while; and I went to say goodbye. I’d grown accustomed to her every curve, the unmistakable way with which she moved. In a herd a thousand strong, at a glance I’d readily have known her. When I came back, my way next morning was immediately to her; and we continued, picking up where we’d left off the time before.
The day came, however, when I was away almost a year. When I at last returned, yes, beyond the fence there was still the herd, the cows. But no Olga. That evening, when I went to the country pub, I thought to ask Frau Ebner where Olga was. But…did I really want to know? Looking back, I suddenly remembered—following the long journey and glad to find the pub still open late—I’d hungrily ordered Wiener schnitzel, and yes, dined with hardy appetite.
Now do you understand what Wiener schnitzel has to do with my novel? And why, ever since, I find myself ordering far less meat than once I did? Whenever I see schnitzel on the menu, I think of Olga … 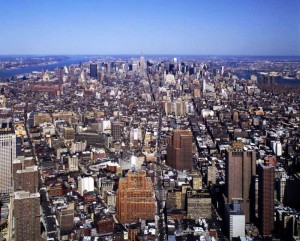 On the other hand, the Big Apple: Greenwich Village.
Across the street, the White Horse Tavern, an old artists‘ pub dating back 1880, where the great Welsh poet, Dylan Thomas, fell from his stool for the very last time following eighteen straight whiskeys. Years before, his ‘Under Milkwood’ had impressed me deeply. And, in Berlin, one of my friends was a gifted translator of his works. So, in life, what goes around, somehow comes around.
Looking left, coming out on Hudson Street, I’d see the soaring twin towers of the World Trade Center. Unforgettable, in the clear New York morning air, an immaculate blue sky above; or, in the evening, as night fell and all its windows aglow against the fading red beyond the river. Today, the towers are gone, of course; and I turn quickly to the right, and east along Bleecker, where the eager millenials, cell phones in hand, await their turn along the street outside Magnolia Bakery…
*****
Order now

Rante, a young, good looking actor, finds himself again unemployed when he encounters the love of his life, Amina. For her, he would catch all the stars in the sky—but will he be able to secure a reasonable life for their future? Yes, as it happens. But an entirely different life than he’d ever dreamed.
Like a pile of old clothes, Rante soon discards his old existence, to embrace a glittering new one. A life he will buy with a lie—a lie that may well lead to his ruin. And he hopes, of course, that day never comes …

The journey of a charismatic social climber, a charming lady-killer. A story fraught with power, corruption, sex—and the ever fascinating game of love and chance. The time: 1967 – 1975.
The European overlay also provides the non-European reader with the pleasures of a tourist—first-time or habitual—in traipsing back and forth across the Continent, taking him from Berlin to Copenhagen to Paris, from Heidelberg to the Rhineland, and on the Greek Isles, the South African Tsitsikama Forest, and ultimately to Rante’s own amenity-laden condominium Utopia on the Baltic Sea.

“I found myself thoroughly immersed from beginning to end…” (a reader)
“A real page turner, I finished it in two days…” (a reader)
“I really enjoyed “Paradise to Go.” Rante’s adventures and misadventures kept me riveted throughout…” (a reader)
“Enjoyed every moment of it. Can’t wait to read it again…” (a reader)

Whimsical (excerpt of a mail from a close friend)

Whimsical is a bit funny, a bit ironic, much like the book
itself. And Rante, of course. A good word. I meant it in
the best of senses. It provokes a warm smile.

The book has a lot of humor. A human comedy, full of
moments we all recognize in ourselves. And we smile,
as Rante struggles, because we KNOW exactly how he
feels. Whimsical is a great word, and you’ve written a
wonderful, witty and moving story. One that carries
underneath, the whimsical turns of fortune.

I love the book. I love it because it is whimsical. And moving. 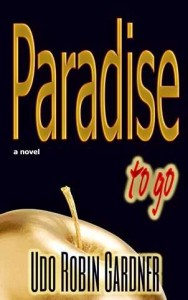 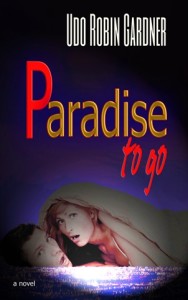